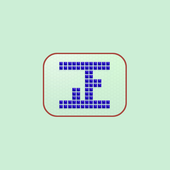 Sing, O muse, of science and of art and of trials and tessellation and tribulations, of dawn-laboring Zheng, and Barbie of the slim ankles.

With Faire Play, I'm making 3D printed medieval armor for Barbie dolls. To the goddess of Wisdom I offer this Athena Makeover Kit as tribute, so that She may guide this campaign to success.

Watch Barbie's debut in full battle gear in the Kickstarter video, and support Open Source design while you're there. http://kck.st/O0BDk2

The spear and aegis should clip on to pretty much any doll that's roughly Barbie-sized, but the boots are designed specifically for a doll in the Barbie Fashionistas line.

I've got the prototype medieval armor finished and reliably printing on an FDM printer, now I just need to make it look fabulous. I'll be posting updates at faireplay.zheng3.com over the next couple of weeks.

ts52 added this to the toys collection over 6 years ago

Jim published this design about 8 years ago