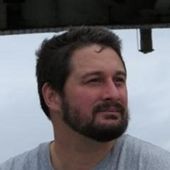 A dirt-cheap, tough, field computer in a Pelican Case

Last year, as part of Oceanography for Everyone, we debuted the BeagleBox, a small, cheap, tough, basic field computer powered by a BeagleBone Black. The first BeagleBox didn’t promise much, it was designed for basic field work and, most importantly, to be cheap enough that researchers (particularly grad students) wouldn’t be too worried about damaging it. It wasn’t designed to be your only computer but to replace your more valuable computer when participating in fieldwork.

In the last year, the single board computer landscape has changed, with new systems running off tiny, powerful 64bit ARM chips. One of the first of this new breed of SCB to hit the market was the massively Kickstarted, and rocky-launching Pine64. I received my 1GB Pine64 late last week, and immediately set to work redesigning the BeagleBox to house this larger board (and correct for some other annoyances in the original design). So here it is, an even beefier, cheaper, tougher field machine.

Note: As with before, this is a very basic computer. However, unlike the first BeagleBox, which was severely limited, the BeagleBox 2 is powerful enough that it behaves like a low-end laptop.

Double-Note: We named the first BeagleBox after the BeagleBone Black used to power it. Obviously the new system no longer uses what is still my favorite SCB, so we’re just going to declare that all future iterations of the BeagleBox are named for the HMS Beagle, in honor of one of the greatest field biologists of all time.

The case now has it’s own inputs and outputs, so you can plug into power, internet, USB, and audio without getting into the guts. As with the original, it’s been built specifically to handle 12V DC at relatively high amperages, so you can plug it directly into a car outlet, clip to an outboard motor battery, plug into any wall outlet with the right AC/DC adapter, or hook up to a stand alone battery pack with the right output. Currently, I have a 12000 mAh portable battery that I grabbed for $50 off Amazon which, in addition to having a 12V DC output, has a charging circuit that lets switch between wall power and battery without interrupting the flow of electrons.

This battery lasts about 6 hours on a charge. For $100, Ravpower has a 23000 mAh battery that should go for almost twice as long.

With more and more high-powered SCBs coming on the market, I made sure to keep the case open and spacious. The Pine64 can be swapped with any board that takes 5V DC and has an HDMI video out without making any changes to the set up.

So why is this preferable to a cheap computer, like the Chromebook?

Well, for starters, it’s probably cheaper, depending on where you source your parts. The Pine64 starts at $15, way below anything comparable on the market. The screen and battery are the only other major investments.

It’s also customizable. You can build it to your specific needs (right now, I’m using mine to run my 3D printer, which I keep in my workshop rather than my office). Because it’s modular, you can swap parts out as needed. When a Chromebook breaks, you’re basically stuck buying a new Chromebook. With the BeagleBox 2, you just swap out the bad component.

It’s already housed. When working on a boat, you don’t need to be extra cautious transferring gear or personal, don’t need to panic when it rains, don’t need to double check your backpack when you take the inevitable mud-fueled spill into the marsh. When the case is closed, the system is waterproof in one of the toughest field boxes on the market.

On top of that, it’s just cool. I’m looking forward to rolling up to my next conference and busting out a laptop printed into a Pelican case.

Triple-Note: Build guides and links to all 3D printer files will be posted momentarily. Check back later today for more information.

Head over to Patreon (https://www.patreon.com/Andrew_Thaler) to help fund new and novel ocean outreach projects, like the BeagleBox 2. Even a dollar or two a month will go a long way towards keeping our website online and producing the high-quality marine science and conservation content you love.

pretorianarg added this to the PC collection over 1 year ago

SmallUsefull added this to the printers collection about 6 years ago

AndrewThaler published this design over 6 years ago