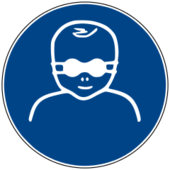 Based on original design: Tapir Shroud for Ultimaker by nhfoley
22Sign in first
2590

I wanted a better fan duct than the standard sheet metal duct that came with my Ultimaker Original Plus (UMO+). Since it has a single fan, cooling airflow was blocked on the right side of whatever I was printing, and overhangs and bridging of PLA were not as good as on the other side.

The Ultimaker 2 and later models address this issue by installing two smaller fans, directing air from both sides for more even cooling. I could have adapted two fans and and dual fan ducts, but I wanted to try improving performance with the single fan I already had. Also I was worried that I might blow out my electronics if I used the wrong fans that drew too much power, since this was an issue for some people. And I felt the cost of two UM2 OEM fans was too much for my simple experiment as well.

This led me to try the "Tapir" fan shroud on Youmagine (https://www.youmagine.com/designs/tapir-shroud-for-ultimaker) by nhfoley. Unfortunately that fan duct was designed for an earlier version Ultimaker than mine (the regular UMO, not the UMO+) and the printhead design is different, preventing it from attaching without modification.

This is a modified version of nhfoley's great design. Instead of clamping onto long screws, two shorter screws attach the duct to the printhead aluminum frame from underneath. M3 x 10 mm long screws are what I used. I attached the fan to the duct with two of the original plastite fan mounting screws.

The result is much better overhangs and bridging on all sides of the print. See the before and after photos of the "benchy" print in PLA. The green benchy is with the OEM fan duct and the gray one is with this fan duct. Bridges at the top of the cabin windows and other areas are noticeably improved.

This is a much simpler and cheaper upgrade than going the dual fan route. It has worked so well for me that I haven't bothered with a dual fan even though I eventually bought all the parts to do that.

No support is required, and in fact none should be used since it would be difficult to remove from inside the duct.

I recommend using a high-temp PLA for this fan duct--the type that is dishwasher safe--just to ensure that it won't warp or sag over time. I added some Kapton tape and aluminum foil tape to protect it from the heater block, but I'm not sure if that's necessary. I've used mine for over a year on many prints with no problems. You should cover the screw holes with some foil tape so that no air leaks out, although that may not be absolutely necessary.

thomasrockenschuh added this to the UMO collection almost 2 years ago

The 3D printing Guy commented over 3 years ago

rowiac published this design over 3 years ago