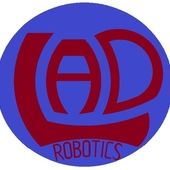 Mechanism that emulates the movement of a finger

To see how the finger is put together, watch the video below:

Ever since I was a child, I have been thrilled by the dexterity of the human hand. Over the years, I have made several mechanisms to emulate its functionality. This is the first 3D printed prototype of a finger for my latest creation, the LAD Robotic hand.

I made this prototype in January of 2019 to gain knowledge in 3D printing, a topic which I was completely unfamiliar with. The design was made to be printed on a SLS 3D machine, which gave me extra flexibility with the complexity of the curves and shapes of each component. However, each link can be printed in a FDM machine with the right supports.

I glued the finger to a plastic base (not included in files) to quickly evaluate the compliance of the mechanism. Initially I was planing to use gears to communicate the torque to each link (that is why the links have several holes on the internal faces) but this option added too much friction and needed a great effort to flex each link. Luckily, I was predicting this to happen, and so I also had some holes done to locate a pair of levers in case the gear option failed to perform well.

The two-lever mechanism required very little effort to flex the finger using a small SG90 servo ( although I would not recommend this servo for frequent operation, since it its very small and not very good dissipating heat and prompt to burn during cyclic loading. A bigger motor like the MG995 would do better under fatigue). I used M3 bolts to join each phalanx together, and sewing needles as pins for the two levers.

This first prototype helped me understand the possibilities and limitations of 3D printing and was a true milestone that prepared me for the second version and creation of the LAD Robotic Hand. Check out the video where I show how the links are put together in this first prototype.

Components were SLS 3D printed in Nylon 12, but can equally be printed in FDM with any other substrate and the right supports.

Lizandro_Duran published this design 8 months ago