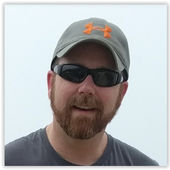 For the full assembly model in Solidworks and other formats head over to my Github page: https://github.com/eclsnowman/HercuLien

This printer is the culmination of what I have learned so far since I started in 3D printing. My journey began when a friend of mine built a Prusa i3. The first time I saw his printer running I was hooked and knew I had to build one. But I was not happy with the 8"8"8" build volume of the i3. I wanted to design something bigger. At that time I had no 3D modeling experience. I figured it would be good training to learn Solidworks and design my own printer, that way once I actually built one I would have the skills to put it to use. My first attempt was my CoreXY design which is also uploaded to github. There were many things I liked about that printer, but speed and consistent print dimensions were not included in that list.

While I was fighting with my CoreXY design I started following Tim Rastall on Google Plus. I really liked his Ingentus design, but I liked the idea of belts over spectra line. Then Jason Smith released his Eustathios designs which was a variant of of Ingentus using belts and lead screws. I knew I wanted that printer. But he released the files in sketchup. I really liked solidworks which was the software I was teaching myself during my design process. So I remodeled the Eustathios, made some changes, and eventually built the printer. The printer worked amazing. It was so much faster than my CoreY, printed part dimensions were spot on, and bowden extruders were not the nightmare I thought they would be listening to others online. In fact I designed a new extruder based on the airtripper design that allowed me to tune retraction perfectly. It is to the point that I don't think a direct drive extruder could do any better.

Once I had Eustathios up and running so well I wanted to change my CoreY to something similar. I used the aluminum frame from the CoreXY and my z-axis design which had always performed perfectly. Then I redesigned the rest from scratch. I have been running this new design for several months. I call it HercuLien (due to it's size and my last name). It is an amazing printer. I can print at very high speeds. It has a large build volume, dual extrusion, and is easily enclosed for trouble free abs printing. If you build one I hope you enjoy it as much as I have. I also hope this can act as a jumping off point for someone else to build and even better printer.

Now that Google+ has died, the Community around the HercuLien printer and the Eustathios printer have moved to: https://forum.makerforums.info/c/herculien . This is thanks in great part to Michael K Johnson, who worked his magic to retain the years of great community interaction on G+ and ported it into the Discourse community over on Makerforums. If you are looking for support or community interaction on these printers moving forward, this is the place to go.

imoraj added this to the Robotics collection over 1 year ago

ltmhenrique added this to the Printer collection over 3 years ago

Loki44 added this to the printers collection over 5 years ago

thraxis added this to the Printers collection almost 6 years ago

Eric Lien published this design about 7 years ago