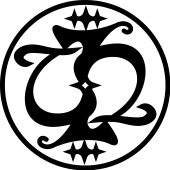 A wider, more-surface-area way to hold your Tikit together

Green Gear Cycling, aka Bike Friday, is a Eugene, OR company that long made the ideal city bike: the hyperfold Tikit, a built-to-order custom-frame folding bicycle that could be folded and unfolded in about two or three seconds each way -- and which, unlike the later models that replace it, could be built in a heavy-duty form for cyclists who aren't particularly light-of-frame.

Owning one of these, of course, one is obliged to demonstrate that insanely fast fold/unfold process frequently. Alas, one of the parts involved in holding the stem against the frame when folded down was a piece of rubber threaded onto a screw with a flared-out end -- threads which eventually, after years of long and happy use, failed.

Rather than try to recreate the exact part, I decided to try to model something stronger, with force spread over more surface area, and which didn't depend on threads to hold to keep the bike together; thus, what you see here.

I've printed the final version in Taulman's "bridge nylon" (aka 645B), with internal supports (used Taulman/Dow USM during late prototyping, but with some care and needlenose pliers, breakaway supports should be workable too). PLA is definitely wrong for this task long-term -- one should use a material with some give to it, and that doesn't wear away on friction. PETG might work, but haven't actually tried it.

The original screws are too short to reuse -- you'll want two ~22mm M5 screws (the originals have ~10mm of threading, and the part as designed adds 12mm to have plenty of contact area).

Charles Duffy published this design about 3 years ago