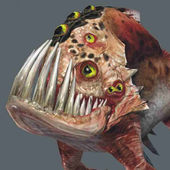 This is my current newly designed fanducts for Ultimaker 2 head.

The base shape is Neotko's Symmetric Dual fans :
https://www.youmagine.com/designs/symmetric-dual-fans-umo-umo-30mm-40mm-50mm
These are great fanducts, but have some weak parts to mount them, after printing these a few times when they break or melt, I wanted to make more robust version with the same great airflow.

It turned out great, been printing non-stop with these for over a month now, and shows no signs of melting or weakening, the aluminum sheets are a genius idea by Gudo.

Video of the metal sheet in the fanduct :


Use the forms to clamp and mold a sheet from an aluminium beer/soda can.
The forms will make a small dent where the nozzle goes, use a sharp knife to cut along the dent, a few rounds and it should break off.
After you formed the sheet, use scissors to cut off the excess. The sheet are sharp, DONT CUT YOURSELF (i did)

These work with Olsson Block or 3DSolex for switching nozzle.

There is also an internal duct in the left fan, that leaks some air onto the white PTFE
as extra cooling, I print in alot of high temp filament (270°C-280°C) so I figured this would help the small 25mm fan. See the picture of the internals exposed.

Mounting :
After removing support, insert M3 nuts inside the duct (if you want to), I've used them with and without nuts, M3 nuts helps tightening the fans more securely.
There are STL's of rubber dampers too, I noticed some rattling so I made these dampers (both for 30mm and 40mm version)

Dont mount the fans on, you need to mount the fanduct on first (fans partly covers the screws that goes into the printhead)
Metal sheet must be in place before you mount the duct.
Push the fanduct on with aligning the nozzle with the hole in the sheet, and push it upwards first and then backwards, you'll see the holes in the fanduct align with the holes in the printhead.
Insert the short M3 screws and tighten the fanduct onto the printhead.
Now you mount the 30mm or 40mm fans.
Done.
The 30mm version is for the UM2 Go, its a 'large' fanduct but it clears fine on my printer, first the endstop for the X axis was not always triggering because the edge of the fan hit barely the 'wall' so I moved it slightly in, and needed to make a cut into the wall, you'll see it on the STL, where the left fan sits

Curven commented over 3 years ago

There's a little missmatch between Form1 and Form2.

I think it will still be possible to form the aluminium foil, but it would be nice if you could check it.

maccew added this to the 3dprinter collection about 4 years ago

MacMA added this to the Steffen collection over 4 years ago

Werewolf added this to the Uppgrades collection over 4 years ago

Loboptlu added this to the 1 collection over 4 years ago

Erik de Bruijn added this to the Ultimaker 2 upgrades! collection over 4 years ago

catohagen published this design over 4 years ago