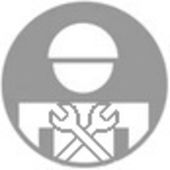 A deck box and organizer for the Star Realms deckbuilding game.

I liked the Star Realms Card Box by Pigworthy, but wanted positive retention of the lid and, more importantly, to have the deck organized for faster setup of the game. I ended up re-drawing the box and lid from scratch, but used his logo geometry with a bit of modification for the inset in the deck box proper, as well as his text geometry for the inset in the lid.

The compartmentalized box allows the game to be started by pulling out the various decks and placing them on the table, then shuffling the starter decks.

Note that the dimensions of the compartments are specific to the cards that go into that compartment, and tolerances are fairly tight. For these reasons the cards should be placed in the deck box as indicated in the labeled image. Forcing the cards into a compartment that is too small could result in the cards being scratched or otherwise damaged.

I also wanted to experiment with doing a couple inlays with this project. I started by desgning the logo and text inset into the box and lid, respectively. Please see below for a brief overview of how I filled the inlays once the box and lid had been printed.

After printing I cleaned the inset using isopropyl alcohol, which will not melt the PLA. Denatured alcohol would probably work as well. For the deck box I mixed a tiny bit of black tint with a small amount of red tint to match the color on the original cardboard deck box. I used the tints from a Plasti Dip Create Your Color Kit because that is what I had available, other tints should work as well as long as they are soluble within the epoxy and do not interfere with the reaction between the epoxy base and hardener.

Note that in general, tints are very concentrated, and given the small volume of epoxy being used it is important to use the smallest amount of tint required to achieve the desired color. For both the logo and the text considerably less than a drop was used (about the quantity that would form a small micro-droplet on the end of a toothpick).

For the logo I simply used a small stir stick to get the epoxy into the inset. Once the correct amount was in it self leveled and dried. I used an Exacto Knife to clean up around the edges where I had smudged the epoxy a bit.

The text in the lid was more challenging as the internal volumes of the individual glyphs (characters) is quite low. I ended up using a disposable syringe with a modified needle to create a sort of epoxy pen. I achieved best results with a 16 gauge needle cut to approximately 1/2" in length and deburred with a razor blade. I mixed the epoxy and tint and poured it into the syringe, then inserted the plunger and inverted the syringe and forced out the air.

Note that it is relatively difficult to use a smaller needle, as the high viscosity of the epoxy makes it difficult to force through the low cross-sectional area of a small needle. For example, a 20 gauge needle was almost completely unusable. I also used a much larger than necessary 20cc syringe as the larger barrel diameter made it easier to pour the epoxy into the syringe once mixed.

I then used the syringe to fill each glyph with epoxy and let it cure for a couple hours. I then again used an exacto knife to clean up the epoxy that blead out of the individual characters. If the epoxy is allowed to cure for a couple hours it is relatively easy to clean up with a razor as it is still somewhat soft (it takes approximately eight hours for the epoxy to cure fully). Note that a little care must be taken not to lift the epoxy out of the character, though I did not have much trouble with this.

Note a disposable syringe and needle should be used, as once the epoxy begins to cure it will not be possible to disassemble and clean them.

John Tatum published this design about 2 years ago