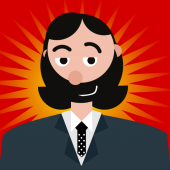 The Steam Controller from Valve is a revolutionary biometric device. It is shaped like a gamepad but with two programmable trackpads on it, and it also has a stick and an internal gyroscope that allows for precise movement in rotation X, Y and Z axes. And it does not stop there: Valve even published the entire 3D model of the device so that you can easily make your own 3D printed mods and fix your device in case it breaks.

The entire 3D model, I said?

Not really. For some mysterious reason, the most breakable part of the entire device, the trigger/bumper mechanism below these buttons, is missing from their files. And guess what - my controller broke exactly there, and as I live in a 3rd world country where this device costs three times more than in the US and we earn 5 times less, I would NOT buy a whole other device just for that broken button.

So, I did exactly what I had to do, I disassembled the controller, took a few photos of the broken part and its unbroken mirrored part, opened the open-source solid modeller freecad, modelled the part using caliper measurements and a reference photo, and... failed horribly. Printing in common plastics such as PLA, ABS and even nylon would make the part very breakable and too soft.

I resorted to about 22 iterations of modelling, exporting to Cura, printing in polycarbonate (the only material fit for this purpose, it seems) at 290°C (554°F), assembling it in place of the defective part, testing it, until I finally got some functional results, including the tactitle feedback of the bumper.

The part is not perfect by any means. Depending on how you assemble it on the controller, it might not 'click' or even press the bumper button. You might have to heat and bend it a little if so desired, it's usually at a very particular angle that it works, although I did my best to work out of the printer. Also, the trigger does not yet give a 'clicked' feedback, although it works perfectly. I did my best so that the spring action is ok and the buttons do not get stuck firing.

That was a hell of a struggle to get this working. I had to change lots of minuscule details for each iteration. Wasted a lot of plastic, took four days of continuous experimentation to finish. If you can deal with FreeCAD, the file is completely modifiable, and the license is permissive, so I would be delighted if you can improve the design - maybe you can make the trigger "click"?

Also, notice that the steam controller 3d models file by Valve lacks not one, but two parts. The other part is the one that connects to this one via the metal rod. I did not model that because mine did not break. I can not afford spending more time on it. But if you can, I would be very grateful. Everyone would.

You have to print it in polycarbonate. It's the only plastic both rigid and strong enough to withstand the mechanical needs of that part. PLA is rigid but is not strong. Nylon is strong but it is not rigid. And you have to print in high temperatures (at least 290°C) so the layers get good adherence (essencial to such a tiny part with holes).

In my printer I also use horizontal size expansion of -0.08mm to adjust for spread of molten filament.

Post-printing:
After printing it up and carefully removing the supports (polycarbonate is a tough material, so you have to be careful to not break the part when removing the supports), sand its surface a little then proceed to enlarge/melt the two little 'flap' holes. The original part has one metal rod connecting the holes between these flaps and a spring that connects to the round hole in the middle of the part. In both cases, I suggest that you get a heat gun, heat these metal parts and use them on the print - the rod to adjust the holes, the spring to make it stick in a diagonal angle to the flat face.

Why don't I design these holes in the right size? I did, actually. But FDM 3d printing has a know problem with small holes. And in this case the hole is very close to a thin vertical column of plastic, where the FDM anisotropy gets its worst. So if you melt around the hole, its strength gets a lot better. Don't forget to check if the metal rod can slide between the two holes but also has some friction - you'll need it to assemble and disassemble this part.

Patola published this design about 3 years ago