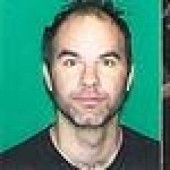 Louis H. Sullivan is often celebrated as a father of modern architecture. But if given the choice, it’s not what he would have wanted to be remembered for.

His advocacy was for directing the human powers of thought, reason and creativity towards bringing buildings and their component parts to vital life. As in nature, all parts would relate to the whole. And each would reflect the interpretive powers of the individual, including emotion-stirring beauty uniquely of the work of the individual creator.

By this process, a vital, perpetual modern architecture would be a natural result – not a hollow artificial goal.

Often forgotten are Louis H. Sullivan’s earliest works where these powers are most visually evident. His earliest buildings created while he was in his twenties push upwards from the ground and blossom against the sky. The ornamental details pulse with living organic energy juxtaposed with the modular geometry that is the essence of architecture.

Most of the buildings Sullivan created while in this twenties are lost, but many salvaged pieces of the ornamentation survive. Things that are alive need three dimensions to thrive.

- White PLA or color of choice for pages, pins and spine

- Woodfill PLA or material of choice for bearings.

amir1355 added this to the tools collection over 1 year ago

remyspencer added this to the Architecture collection over 4 years ago

maxmax3 added this to the Vorlage collection almost 5 years ago

Rowan Zajkowski added this to the Awesome! collection over 5 years ago

Tom Burtonwood published this design over 5 years ago