I wanted a way to clamp 2x4s in my Toughbuilt sawhorses (C650s in my particular case) to ensure stability when building a work table to use with these sawhorses, and without any modification to the sawhorses themselves. Fortunately the geometry of the endpieces made this relatively easy.

I have included a .skp (Sketchup) drawing that includes dimensions (for those who are fractionally challenged .4375" equals 7/16") for the blocks themselves. These clamping blocks are intended to be made from scraps of 2x4 (using a circular saw, drill, and a grinder with a flap disc), but these could theoretically be 3D printed. If one were to attempt to do so the geometry for the hex nut and bolt would need to be altered. 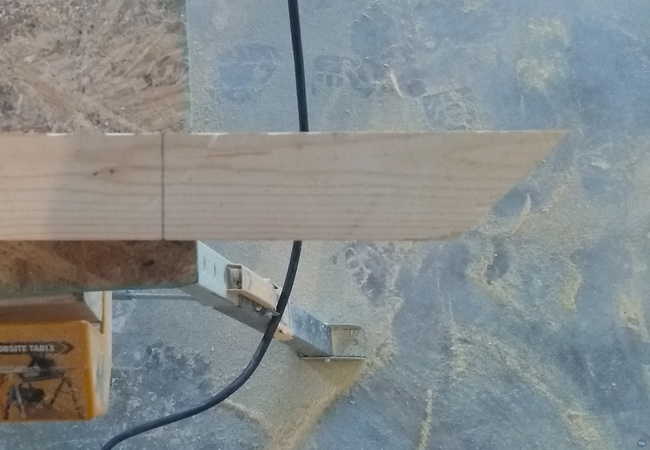 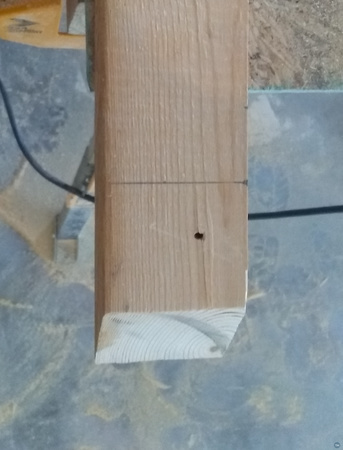 Note that if making multiple clamping blocks, the cuts can be alternated to minimize waste. 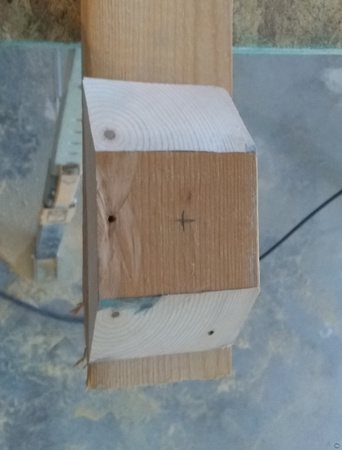 Note that a significant amount of material needs to be removed to provide sufficient clearance of the welds in the end pieces. I used a radius of approximately 1/4", though this was not measured. Use whatever radius or chamfer is preferred as long as it provides sufficient clearance. 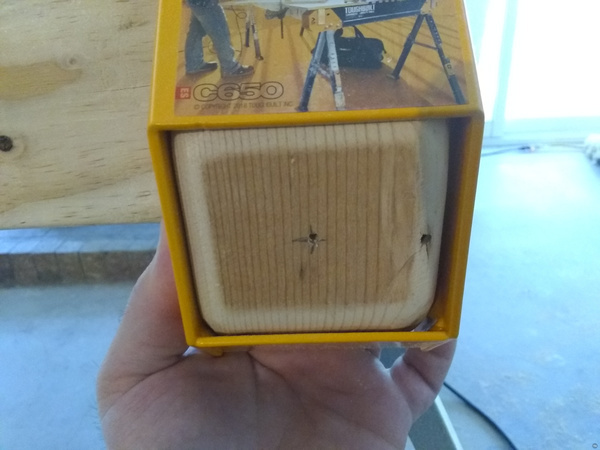 Use a spade or paddle bit (do not attempt to use a hole saw or jobber bit) that is the same size as the width across the flats of the hex nut to drill a hole as deep as the hex nut is thick. The depth can be marked with a drill bit stop, or if one is not available using any number of field expedients. In my case I used a piece of masking tape. 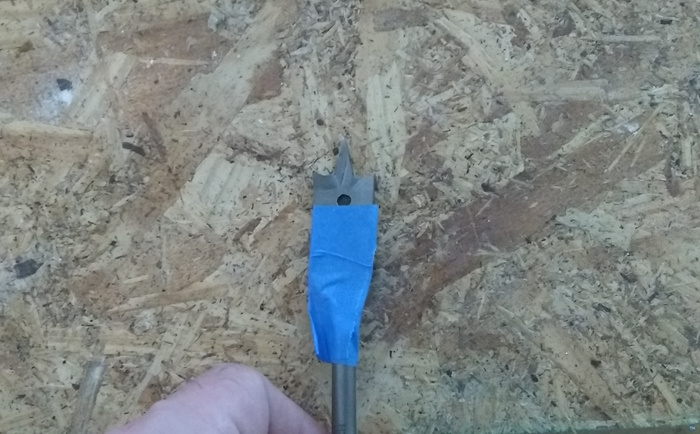 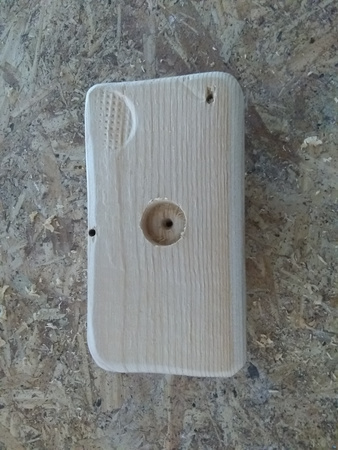 Note that we will be seating the nex nut into this recess later, and when we do the corners of the hex nut will cut their shape into the block, preventing the nut from rotating while in use. If a tighter fit is desired, a smaller bit can be used, but this will run the risk of cracking the block when the nut is seated. Also note that this is somewhat dependent on the size of the hex nut being used.

This is also the reason for using a spade or paddle bit. The bottom of the hole must be flat in order for the hex nut to have good surface contact when compressive forces are applied as the bolt is tightened.

8.) Flip the block over and finish drilling the bolt hole from the other side. This will provide nicely finished holes without blowing out pieces of the block. 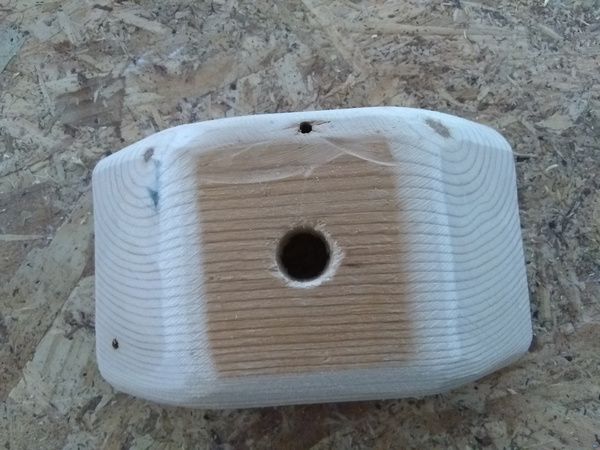 9.) Use a razor knife, piece of sandpaper, or a large countersink to clean up the edges of the drilled holes. Aside from being the mark of a civilized human being, this will be help seating the hex nut in the next step.

10.) Place a hex nut over the recess drilled in step six. If the edges of the hole were properly cleaned up, pressing on the nut will cause it to self-center (the faces of the hex nut have a slight taper around the outside edges). If the nut does not stay self centered do not worry. Note that the nut can be seated directly with a hammer, but I recommend using a scrap piece of wood to prevent marring and reduce the possibility of splitting the block. Apply firm pressure to the hex nut using the scrap piece of wood and strike it firmly with a hammer. The nut should be seated in a single blow (It is possible to crack the block or the scrap piece of wood if too much force is applied, but this generally is not a problem unless the block is struck with a quite a bit of force).

The hex nut should be seated into the block with the top surface flush with the outside of the block. Insert the bolt into the hole opposite the hex nut and make sure the bolt can be started in the hex nut (the bolt may need to be removed to install the block in the end piece of the sawhorse). 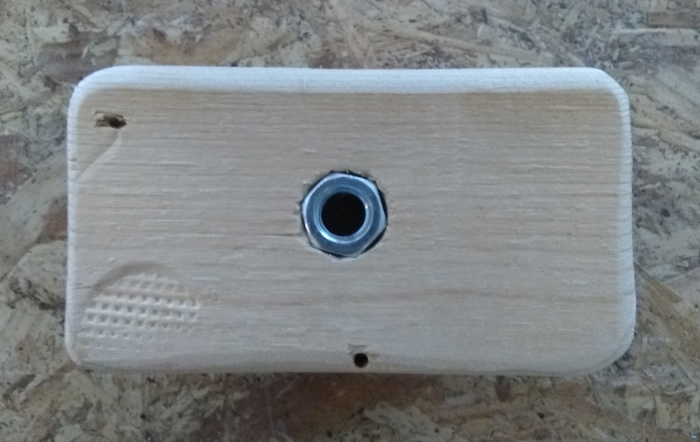 The block is now finished. Insert the block into the endpiece of the sawhorse and tighten against the material of choice. 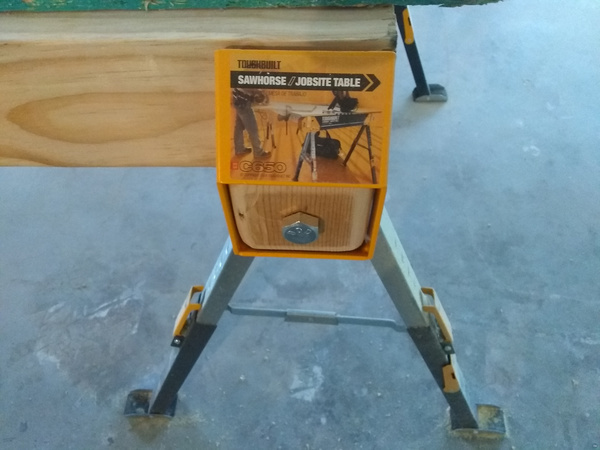