×Read this message from Erik, founder of YouMagine
Loading...

Housing for the Bluetooth module. 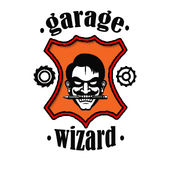 Housing for the Bluetooth module.

The case was printed with plastic PLA from Eryone, bought on trial, turned out to be very good http://alii.pub/6e2vdq

As for the case
The case was not made too small, and despite its small dimensions, there is still plenty of space left in it, where it is possible to install additional modules, for example, an amplifier, if necessary. The mounting bed of the LM2596s step-down module is designed as a separate part. It can be glued to glue in any convenient place, if it is needed at all. In my case, I had to put it the way the Bluetooth module itself is powered by 5 Volts, the rest of the consumers from 12 Volts.
The fan grille on the model I printed is not very convenient, so I replaced it. A large number of different lattice models can be viewed and downloaded from this link: https://www.thingiverse.com/thing:1879694/files

The handles that are installed on top have a decorative character, they can not be installed, but simply tighten the screws into the seats, thereby additionally securing the front and rear panels.
I cut out the glass for the watch from ordinary synthetic plastic with a thickness of 2 mm, and pasted it with a tinting film. A model of the glass template is also attached to the project, according to which it is convenient to cut it.
I also designed and added to the project a small stand for the Bluetooth module remote, there are also two sockets for a USB flash drive and two Micro SD flash drives.
I didn't do the electrical circuit, there's nothing complicated. I think everyone will figure it out.

The case was printed with plastic PLA from Eryone, bought on trial, turned out to be very good http://alii.pub/6e2vdq

yastreb published this design 29 days ago