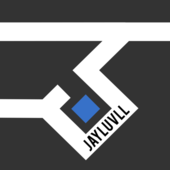 An Iron man-themed bow tie with a light-up arc reactor, powered by an Arduino Neopixel.

For the genius, billionaire, playboy philanthropist who has everything….except something to wear to formal dinners.

Presenting the Iron Man Bow Tie, a 3D printed bow tie with a space for a miniature glowing arc reactor in the centre.

The light can be powered any way you wish, however I used an Arduino Gemma and Arduino Neopixel to light up the centre. You don’t have to use this method, you can use a simple LED circuit, but the Arduino lets you tune the colour exactly how you want, and even animate/pulse the light.

This model is scaled to print a bow tie 13cm wide, 7.3cm tall and 1cm thick. This size is a little bigger than an average bow tie, however you can scale it to whichever size you wish. Just note that at the current scale, it will perfectly fit an Arduino Neopixel Jewel in the recess at the back (see notes below in the Wiring guide).

The model comes both whole and split into two halves, which allows it to fit on a print bed around 12cm x 12cm (maybe slightly smaller).

There is also a back bracket which allows you to attach an elastic strap and/or clasp onto a collar button. This was too small to fit onto my dress shirt collar button, however yours may fit. In any case, with the elastic, I found I did not need the button clasp.

Now, Tony Stark built this in a cave. With a box of spare parts.

BUT, as we aren’t Tony Stark….here’s what you’ll need to finish the bow tie.

1 - Print the Bow Tie and back bracket. I used 0.20 layer height, 3 perimeters and 25% infill. If you printed the tie in two parts, join them using acetone (if printed in ABS) or super glue. The bracket will take the strain off this join, but try to make it a strong connection.

2 – Smooth, finish and paint the bow tie in any way you choose. I used automotive blade putty for the centre join, a light sand all over, then successive coats of automotive spray filler + primer and fine sanding until smooth all over. I used a red base coat, then masked off to spray the gold parts, then masked a final time and sprayed the silver.

3 – Cut the white acrylic into a circle and sand/cut the edge until it fits inside the recess. Glue into place using hot glue or an adhesive of your choice.

4 - If you want to have Arduino lighting, install the NeoPixel now – see section below. Glue the light into place behind the acrylic with the wires oriented to the RIGHT (if looking at the back of the tie).

5 – Measure the circumference of your neck (over your shirt) and cut this length of elastic strapping. Make sure it is firmer rather than looser, or the tie will droop downwards (but obviously don’t strangle yourself).

6 – Install the press stud into each end of the elastic strap. Ensure each side matches the orientation of the other, or the strap will be twisted. Make sure the side with the rounded outer dome is on the RIGHT, and facing out from your neck.

7 - Lay the elastic strap over the centre of the tie, horizontally. For lighting: cut the holes in the strap now – see section below.

8 – Glue the back bracket in place with the triangular cut-out facing downwards. Ensure the strap is inside the bracket. Use a strong glue for this if possible, but I used hot glue and it held fine.

If you have lighting, finish fixing it in place – see section below. Otherwise, you’re all done! Try it on and take it for a test fly.

Follow these extra steps if you are installing Arduino lighting.

The Adafruit Neopixel is a RGB addressable LED that, when powered by an Arduino computer, can be programmed to perform a range of functions – show any RGB color at any brightness, animate, fade or respond to stimuli/commands. Here, we are using a simple Arduino called an Adafruit Gemma to run a basic code to light it to a blue/white hue to match the Iron Man Arc Reactor. The Gemma and Neopixel require a small, Lithium Polymer (LiPo) battery to run it, or alternatively you can use any rechargeable power pack that can output to Micro USB (most phone battery packs are suitable).

When choosing a Neopixel type for this project, I had two choices: a single light Neopixel called a Flora, or a 7-light board called a Jewel. The Flora is simpler and smaller, and more than bright enough on it’s own. However, the Jewel is more versatile in that you can program animated lighting sequences to make a rotating light animation If you wish (I won’t explain that here, see adafruit.com for tutorials on Arduino and Neopixel basics).

The NeoPixel has three wiring channels: positive, negative, and data. Positive and negative are for power, data is to run the code. The wiring diagram for the circuit is in the pictures above:

The assembly guide for the lighting is as follows. I will be using the Flora as an example, replace relative terms where necessary:

You can do this by downloading the Arduino software onto a computer (you may have to download extra libraries to get the Gemma recognised), opening the program, pasting the code in, connecting the Gemma via MicroUSB (ensuring it is in receive mode – rapidly blinking red light), and clicking Upload. The red light onboard will dimly blink every 0.5 seconds if running correctly.

Note: if you want to change the color or brightness of the lighting, look for this line:

Connect the battery, flick the switch and you’re ready to party!

Designed by JayLuvLL in August/September 2016.

Code is based off the NeoPixel Ring simple sketch (c) 2013 Shae Erisson, released under the GPLv3 license to match the rest of the AdaFruit NeoPixel library.

I have no affiliation with Marvel, Disney or other companies retaining rights to Iron Man or Arc reactor – this is a fan-made creation only. This design is released for free using the Adobe Creative Commons – Attribution – Non-Commercial - Share Alike licence.

Printed in ABS at 0.20 layer height, 3 perimeters, 25% infill, with a raft. Minor support is required on the inner side of the centre hole.