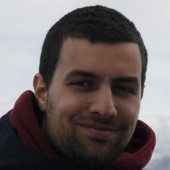 Cross-posted from Thingiverse
It's a Kossel! It's a Monster! It's huge!

Back from Oslo, where I built most of the 20x20-based version of the Monster Kossel v2 at present. Due to delays and lack of time to get all required parts for the build, I was forced to leave before it had its first print - all it was missing was a heated print bed wired up, attached to the frame and Redeem on a Replicape B3A configured. The Replicape in there will (I was told) be replaced by a Revolve when those are available. Looking forward to more pictures and feedback from Bitraf members finishing and using the printer.
UPDATE 7 Dec 2018:

It's confirmed I will be building a second Monster Kossel at Bitraf in Oslo in the first week of January 2019. I will try to document the build with lots of pictures and/or videos. It is meant to serve as a test platform for Elias Bakken's Revolve prototype (i.e. verify the board is able to print) before he sends it out to be mass-produced.
UPDATE 16 Nov 2018:

added 20x20-compatible corner frames for those who have difficulty sourcing the 15x15 extrusions for the triangle frame. These have not yet been printed, but I will be building a printer with those parts in early January 2019.
NOTE:

Manga Screen 2 holder is currently still a WIP part. Currently it has not been printed, as due to location the screen on the top would not be accessible to me. I may revisit that design at a later date to fit it on the bottom frame instead.
It's the Monster Kossel v2!

The reasons for the original Monster Kossel were simply that I like a delta frame. I also like to print model airplanes, and deltas are easy to make taller. Thus a delta with 350mm diameter bed, and 1 meter towers. Print volume is 350mm diameter by 440mm tall. You can fit a 230x230mm square on the plate and have a bit of room left around the corners. And you can go real high.

The version 2 came about because the Monster Kossel v1 was functional but needed an extra feature to keep the lady in the house happy: enclosed build chamber with air filters to keep the home healthy (I don't have a garage or basement to put it in). While I was redesigning it, I also figured, well, let's build it with a bit more thought into everything that was clunky:

I remixed a number of objects, and re-included a few of the parts I'd designed for v1 under this single Thing here, to simplify people's lives when wanting to look for files.

I'm not going to cover the essential electronics here. Needless to say if you're building one, you should know what you want to power it with. Being a Replicape/Redeem contributor I'll be powering it with the Replicape and Beaglebone Black until the Revolve comes out.

Assembly instructions will not be detailed. This is not a printer for beginners, nor for the faint of heart. You should be building one because:

If you've build a delta before, specifically a Kossel Mini, then everything will look, and feel, familiar. I've loosely based myself off the excellent work done on the original Kossel Mini by Johann Rocholl. It was my first printer and I really love the elegance of its design and the hypnotic effect of the kinematics.

Note: The OpenBuilds double L brackets don't align properly to fit bolts through into the grooves when aligning the 2060 and 2040 into a T, so I will instead recommend a 5mm M5 into a relatively tight position holding nut (but loose enough you can slide it up and down by pushing on it) between the open rails of the 2040 where it meets the 2060. It works plenty well if you put 3 of them in place on a 1m length, one in the middle and one at each end.

Fraudrin68 added this to the Custom hotends, printing processes and reclamation collection about 2 years ago

duyduy added this to the delta collection over 2 years ago

PilotDog added this to the Delta collection almost 3 years ago

Jon Charnas published this design over 3 years ago